The Aliéksey Vianna Trio consists of Brazilian guitarist Aliéksey Vianna, Swiss bassist Stephan Kurmann, and Brazilian drummer Mauro Martins. Based in Basel since its creation in 2009, the group has been working together in a variety of settings in Switzerland, Germany, France and Brazil.

In November 2013, the trio performed on two consecutive weekend nights at the Bird’s Eye. In one of the evenings, the late Peter Schmidlin of the TCB Music label was in the audience. He was so excited about the Trio that, when he found out that the concert was being taped, offered to release a CD with the live recordings. This became “Aliéksey Vianna Trio in concert at the bird’s eye“, the group’s first record, which was officially released in January 2015.

The Trio’s repertoire has been growing and now represents a large variety of music that cannot often be heard. It specially features the classical guitar in the music of composers such as Ralph Towner, Guinga, Toninho Horta, Egberto Gismonti, Marco Pereira and Paulo Bellinati, as well as in some standards by Tom Jobim or Pixinguinha, among a few originals.

To listen to some tracks of the Trio’s CD and read some press reactions, click here.

To watch some videos of the Trio playing live, click here.

His work as sideman is documented on many CDs. Among them several have been produced in Brazil (with Esdras “Neném” Ferreira, Guinga, Marina Machado, Lincoln Cheibb, Beto Lopes, Andre „Limao“ Queiroz, Pedro Morais, Wilson Lopes, Carla Villar), where he has lived partly and worked from 2003-2008.

The music of his own group the “Stephan Kurmann Strings”, founded in 1987, consisting of a Jazz ensemble and a string quartet is documented on 5 CDs. In 1994 he founded the “bird’s eye jazz club” for which has been the Artistic Director since.

Mauro Martins is a Brazilian bassist and drummer from Curitiba. He grew up in a musical family playing percussion and guitar with his older brothers. He switched to the electric bass at the age of sixteen and would soon be playing with several bands in his hometown.

In December 1989 he was invited to play in Switzerland. He decided to settle down in Europe where he has been working ever since – not only as a bassist but also as a drummer, composer and arranger in countless live and studio productions.

Allying a profound classical music background to his natural involvement with popular music and the art of improvisation, Aliéksey Vianna is a guitarist whose versatility differentiates him from the majority of his peers. He is equally at home performing classical guitar solos, concerti, chamber works, jazz and music from his native Brazil. 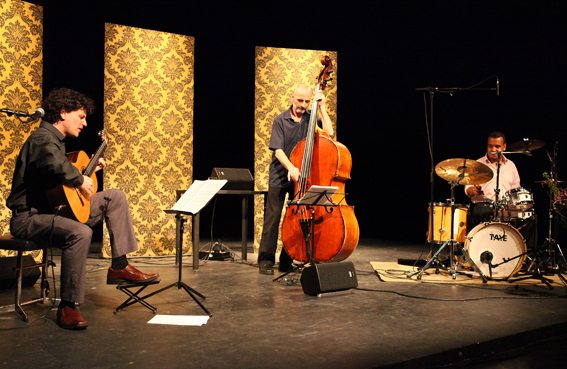 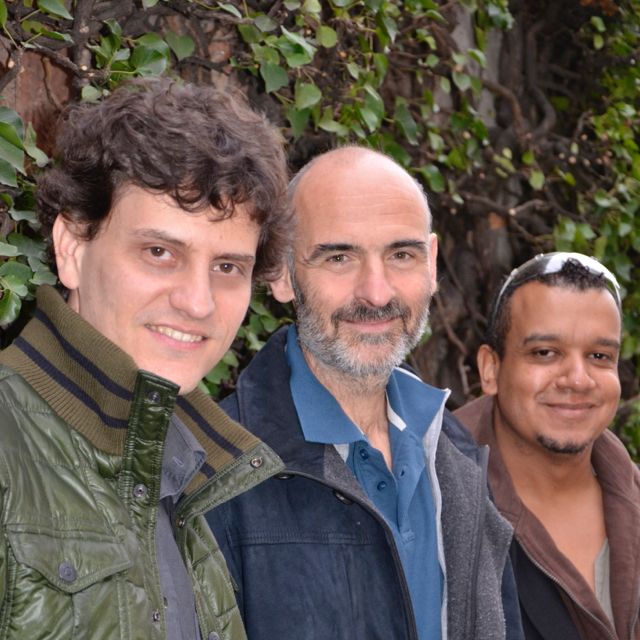